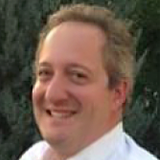 Peter started his career with Morgan Stanley Asset Management in 1989, focusing on “listed” companies in London, where he developed multiple international investment products for US pension fund clients and with development institutions such as the World Bank. In 1995, Peter established his own company, Bennett Capital Management, which grew to four hedge funds, and won numerous Micropaland Lipper Analytical performance awards, while growing funds to 136% over a five-year period despite the 13% fall on MSCI Emerging Market Index.

Peter then founded Applied Income Sciences, LLC in 2002, valuing esoteric portfolios of distressed debt. The company experienced rapid growth and completed over 400 transactions exceeding US$5,000,000,000. It grew to having over 100 counter parties and over US$ 3M in revenues. The operation was sold in June 2012 to the largest debt buyer in Australia.

Peter joined Montecillo in 2014 as a Managing Director based in London.

Peter holds a degree in B.A. Philosophy from the John Hopkins University with specialization in logic and formatic analysis. He pursued studies at the School for International Training in Berlin. He is presently a Member of the Buck Advisory Council at the Buck Institute for Research on Aging.