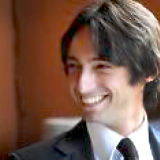 Luca Breveglieri holds a decade-long career in the practice of law with particular focus on Italian NPL due diligence and investing.

Luca is a practicing lawyer since 2006 following his graduation from Lumsa University in Rome. Prior to his graduation, he was an intern at Casieri Solicitors in charge of debt collection procedures. He began to practice at Prosperi and Mangili solicitors focusing on legal opinions and deeds, and participating in insolvency procedures to enforce sale of fixed and other assets.

Thereafter, Luca worked as a full time licensed lawyer at ItalfondiarioAsset Manager from 2006-2012, with responsibilities in managing NPL portfolios on behalf of Intesa Sap Paolo, BNL, BAM and other banks. In 2012, Luca worked as a Legal Counsel at HT Holding for three years for the corporate and project finance in the banking sector, with specialization in contracts and legal opinions in the field of debt recovery, insolvency and enforcement procedures. He joined Montecillo in 2014 as a Director and is presently a Member of the Investment Committee.

Apart from his Degree in Law, Luca holds a degree in Real Estate Management from the Bocconi University. Scala Solicitors also named him Master Business Lawyer of Sole 24 Ore in 2009 for his notable works in the practice.